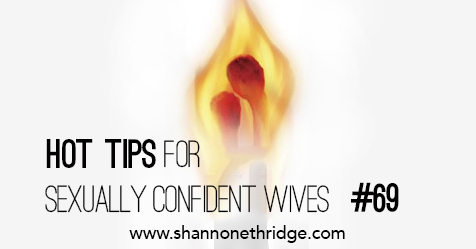 I was recently talking with a coaching client about some issues in her marriage. Her chief complaint was that she just didn’t feel like having sex with her husband ever!

We went through a variety of possible scenarios:

When I asked her to describe her relationship with her husband, she replied, “Well, he’s a nice guy. He loves the Lord. He’s a good dad. He works hard.”

I explained, “I’m not looking for a character reference. Tell me about your relationship.”

“We get along okay,” was all she could muster.

As I continued diving deeper into that question, it became evident that “life” had crept in and robbed them of most of their relational intensity and excitement about marriage. They had great sex early on – before bills and babies and boredom with the same old domestic routine had settled in. But now their relationship had been reduced to merely a laundry list of tasks that needed to be done to daily manage a household and children.

Although we can’t avoid life’s important realities, we can’t get so bogged down in them that we neglect our most important relationship! A woman’s body only wants to go in the direction her heart is headed, so we must be intentional about drawing our hearts toward our husbands if we have any hope of experiencing any sexual desire for him at all!

Rewind the tape back to when you were dating or newly married. What would you do to get his attention? What act of service would you perform to make him feel special? What would you do or say to indicate that you find him attractive, or even irresistible? DO those things AGAIN! Make his favorite meal… Slip on your sexiest nightie… Spontaneously pack up and go on that weekend get-away!

Emotionally pursue your man, and inspire (rather than require) him to pursue you back!

THEN the hot sex you miss will naturally return.

Wishing you a heart full of hope for your marriage and sex life,