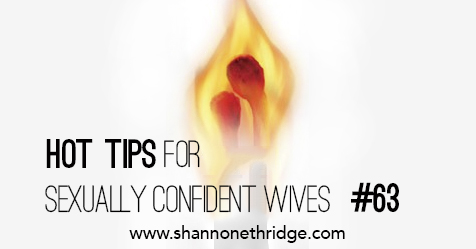 I had to laugh at an email I received. Eager to be a good “student” of her husband’s body, a woman handed her husband a tube of lipstick on their anniversary. She sent him into the bathroom saying, “Draw me a map of where you want me to touch you most.” He disappeared, then exuberantly emerged sixty seconds later with a big smile on his face and hot pink lipstick on every square inch of his genital area!

Indeed, many men report that ANY part of the penis being touched is pleasurable, but most will say that these are his top three favorites:

*  The Frenulum – This is the place with the highest density of nerve endings on a man’s body. The frenulum is found on the underside of the penis, just behind the head. Experts suggest that you approach this area with caution, as many men report that it is so sensitive that they don’t enjoy too much direct stimulation, but rather a gentler touch.
*  The Head – Interestingly enough, when babies are conceived, both males and females are identical. Their genitalia are exactly the same until the ninth week of gestation, when chromosomal differences cause what is the “clitoris” on the female (explained in the next Hot Tip) to “sprout” and become a male penis. Therefore, the uppermost inch or so of the tip of the penis is the most sexually sensitive, especially around the rim of the circumcised penis.
*  The “Seam” – this hot spot is found on the underside of the scrotum (the skin that contains his testicles or “balls”) in the small section of his body in between the testicles and the anus. If you look carefully, you’ll see a significant line running along that area, which almost appears to be a “seam” where God stitched men up! If a couple can position themselves to allow it, slightly stroking this section adds significantly to his sexual pleasure.

Of course, the best way to determine your husband’s hottest hot spots is to do just as the woman I mentioned earlier. Simply ASK him to show you. Hopefully he won’t use up all your best lipstick providing an answer to that question!
Shannon

Excerpted from The Sexually Confident Wife: Connecting with Your Husband Mind*Body*Heart*Spirit by Shannon Ethridge. Copyright 2008.  All Rights Reserved. Published by Random House Inc, New York, NY. Used by Permission. Not to be copied without Publisher’s prior written approval.
Cart Item Removed. Undo
Checkout - $0.00