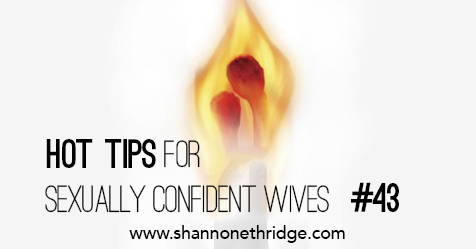 This Hot Tip is inspired by some of my most consistent life coaching clients, who’ve been making incredible strides toward turning their marriage around!
I’ll call them Victoria and Brent (but of course that’s not their real names)…
Brent is a typical people-pleaser (the kind of person who finds it hard to say “no” to anyone), so when his cell phone rang late one night, he answered it to discover a teenager from their church’s youth group in crisis mode, reaching out to him for counsel.
Victoria is a typical vacillator, (the kind of person who goes back and forth between “everything is great and I’m ALL IN this relationship!” and “everything sucks and I’m so OUT OF HERE!”), so when her husband took the bedtime S.O.S call from the teenager, she took it personally.
“You always put other people before me! You NEVER make me your #1 priority!” Victoria insisted, storming out of the bedroom and even leaving the house for added impact. She drove around for hours, crying hysterically over the situation and the deep sense of rejection she felt.
Question: Does Victoria’s response to the situation INSPIRE Brent to put his wife higher on his priority list? No, it feels to Brent like she is REQUIRING his time and attention, and that simply makes men want to dig their heels in even deeper. It took them days to iron out this big wrinkle and get back on the same smooth page again.
What would have been a better way to handle the situation? How could Victoria inspire the closeness she longs for with her husband rather than futilely attempting to require it?
She should have chosen to get SAD rather than MAD!
What would that look like? Rather than bite off his head and spit down his neck, simply and sweetly say to him, “I know that you love me more than anyone in the world, but there are times (like just now when you took that cell phone call at bedtime instead of snuggling with me) that I feel like I have to take a back seat. Could you maybe move me to the front seat again soon? Or better yet, join me in the back seat so we can make out like teenagers?” (that should get a snicker and a positive response from any husband!)
Yeah, it’s okay to calmly express your disappointment, then inspire him to meet your needs. It’s much more effective than angrily trying to require anything of him.
Try it. It works wonders. An angry wife will send him running for cover feeling like a big ZERO. A sincerely sad wife will inspire him to step up to the plate and be her big HERO — and then you’ll both feel glad!
There will be more insight about this creative approach to responding to your marital woes in the next Hot Tip, so stay tuned… :o)
Until then,
Shannon