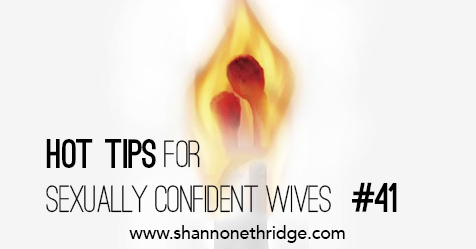 Hug him while you have him!

What a great marriage conference I had several years ago with Fred & Brenda Stoeker! “The Castle” at Glen Eyrie Conference Center is absolutely amazing, poised majestically on the edge of Garden of the Gods – a must-see to add to your bucket list!

It took all week to recuperate from the emotional roller coaster ride of the conference. There were many high “highs” as we sowed encouraging seeds into many marriages, as well as many low “lows,” as we sifted through some painful baggage brought in by hurting husbands and wives. Everyone looked so happy and “normal” on Thursday night, but as the weekend rolled on, we realized that we ALL have dark days clouding our “we have the perfect marriage” parade.

Praise God that He can take our relational tragedies and turn them into triumphs!

Out of respect for the conference attendees, “what happens at Glen Eyrie stays at Glen Eyrie.” However, I do want to share the touching “bookend” experiences I had in both the Tyler and Colorado Springs airport on the way there and on the way home.

I’d just boarded the plane at Tyler Pounds Regional Airport that Thursday when a big man in camouflage indicated that the seat next to mine had been assigned to him. I scrunched up in my seat to make as much room for him as I could.

Once he got settled in, I thanked him for his service to our country and asked if he was being deployed. He replied, “Yes, Ma’am.”

He responded, “One year,” and then he went on to explain that he had 19 years invested in his army career. “With only one year left before retirement, I never thought they’d send me to the front lines of battle again.” He’d actually served three different one-year deployments over the past five years and talked of the danger and depression the soldiers face on a daily basis.

With tears in his eyes, he asked for my prayers, explaining, “I’ve got to make it home alive to my wife and kids! I can’t come this close to retiring and come home in a coffin!” I knew the churning I felt in my stomach for him was only a glimmer of what his wife faces every day, and I prayed silently that God would protect him from any harm.

Fast forward to the following Monday. I’m in the Colorado Springs airport, waiting to be one of the last passengers to board the flight. As I pass through the gate to approach the jet bridge, I encountered a man who was determined to beat me as the “last one to board.” Also dressed in camouflage, he stood there with his wife’s face cupped in his hands, and three young children draped around his thighs. The kids were wailing, “Daddy, don’t leave! Please don’t go!” while his wife’s tears gushed silently from panic-stricken eyes.

I tried to hold it together, but I lost it before crossing the plane’s threshold. I simply couldn’t imagine how difficult those departing moments must be on our military families, not to mention the months of separation. It gave me both a new appreciation for our soldiers and a new appreciation for the husband I would be sleeping next to that night.

Let’s face it, ladies. You’re darn lucky to have husbands to come home to, and who come home to you, on a regular basis!

So hug him while you have him, and let him know how much you appreciate his presence in your daily life!