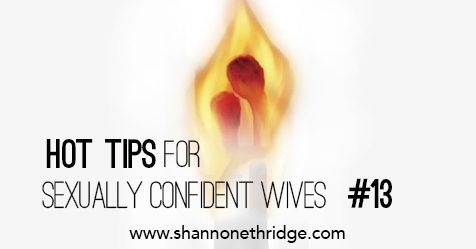 As you can imagine, these topics often create a firestorm of controversy, but one response in particular really stood out to me as being SO full of wisdom that I didn’t want to run the risk of you not seeing it. It’s from Stanley Leffew (http://www.advice-for-lifetime-relationships.com), who is a prolific writer and speaker on the topic of marriage & relationships…

The human sex drive is powerful on purpose. It is designed by God to pull couples together for the establishment of a family and as PART of the foundation of intimacy for that couple in marriage. The sex drive, by design, is really less about RELEASE and more about EMBRACE. Let me state this again so we don’t miss it!

The sex drive, by design, is really LESS about RELEASE, and MORE about EMBRACE.

Something doesn’t have to be morally wrong for it to fall short of being the ideal and sexually healthy.

Is it sexually healthy to be single and staying in on a Saturday night getting to know yourself through RELEASE when you could be out on a date increasing the opportunities in your life’s future for real marriage EMBRACE?

Culturally, we have elevated the URGE and pushed down the MERGE, and what we ELEVATE becomes what we CELEBRATE.

Shannon said it very well when she said, “the real purpose of our sexual desires – to bring us closer to each other, and ultimately closer to God as we submit to His perfect plan of husbands and wives freely sharing their minds, bodies, hearts, and souls with one another – all without guilt, shame, or inhibition. Instead of individual intensity, we strive for genuine intimacy, or IN-TO-ME-SEE, because that’s far more fulfilling than just physical pleasure alone.”

None of all this we are reading about is based on a new argument. It is the same one that has been used for years to toss vibrators at our daughters’ vagina instead of virtues and values, and condoms at our sons’ crotch instead of control and character. It makes being a sensual being, “SINCE-u-al do it anyway” instead of, “SENSE-u-al do it anyway.”

I loved, loved, loved this insight that Stanley so kindly shared, so I wanted to tie it in to our “Hot Tip” – Save Your Sexual Energies for your Spouse! Why take matters into your own hands when you could be wrapping your hands around the human being that you’ve pledged your life and love to?

Wishing you many warm embraces,