Boost Your Confidence in the Marriage Bed – Part 7 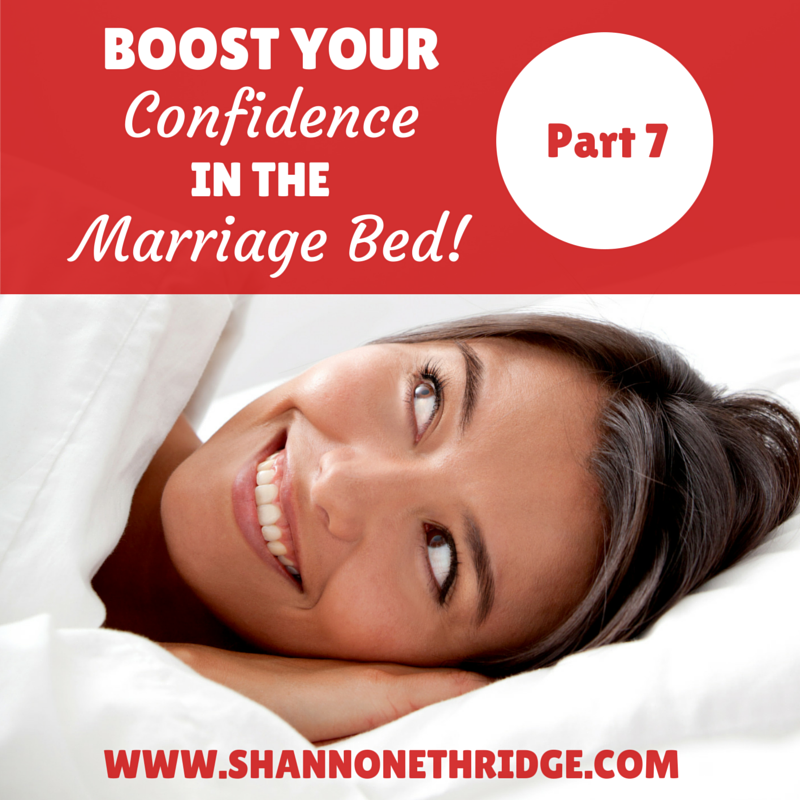 When Cheryl and Dan first married, they had sex several times per week. As kids, careers, and household responsibilities demanded more and more of their time and energy, their sex life dwindled down to once every week or two, and Cheryl was actually fine with that. But Dan grew more disgruntled and frustrated over Cheryl’s lack of attention to his sexual needs. His nightly tactic was to try to initiate sex with his wife fully expecting rejection, then using her negative response as justification for his next action – to sneak down to his office to peep at porn online and take sexual matters into his own hands. After months of this routine, however, he felt guilty about the use of pornography and committed to break the habit. He confessed to his wife, and asked if she’d please be more open to his sexual advances.

The first night Dan approached her, she was surprisingly compliant because she felt bad about how long it had been since they’d had sex. A few nights later, they even had sex again when Cheryl initiated this time. But soon, Cheryl felt that because Dan was initiating more often than she cared for, he was being greedy to expect her to pick up the sexual pace in their relationship. “Why are you pawing on me so often lately? Am I just a piece of meat to you?” she asked Dan one night, piercing his heart and deflating his sexual desire for her.

If you’ve ever shared Cheryl’s sentiment and felt like nothing more than an outlet for his sexual tension, perhaps it’s time to consider the final intimacy booster…

If you’re like me, no one ever prepared you for the fact that there’s often a noticeable difference between the male sex drive and the female sex drive. Male hormones race around in his body faster than a NASCAR racer on his final lap, whereas female hormones just kind of meander around in our bodies like a lovely horse-drawn carriage clopping through a downtown square. We can feel rather put-out or imposed upon when he revs up his engines and comes speeding in our direction to satisfy his sexual appetite. But if we’re going to develop a Girl Scout mentality, we’ll prepare ourselves for these frequent and often unexpected sexual inquiries. We’ll understand that we’re far more than a pit stop on his road to sexual release. We’re more than a piece of meat to this hungry lion. We’re a sexual goddess that he bows down to, hoping to discover a level of satisfaction and pleasure that he’s not allowed to enjoy with any other woman.

I don’t intend to be irreverent or idolatrous here. I’m not telling you to lord it over him that you’ve got some sort of power over him, but the reality is that you do. If you don’t cook for him, he can go to McDonald’s. If you don’t launder his shirts, he can drop them off at the cleaners. If you don’t keep house for him, he can hire a maid. But if you won’t provide an inviting outlet for his sexual release (not to mention your own), where can he go? What can he do?

We don’t want to know the answer to that question. We want to embrace our role as his sexual goddess — the woman he can bring his deepest, most intimately-felt needs to and trust that she’ll cure whatever ails him. She’ll remove the tension from his body as often as is helpful. She’ll put a smile on his face over and over. She’ll put a song in his heart, a song that says, “I love having a sexually confident wife!”

Miss Part of the Series? Catch up here: