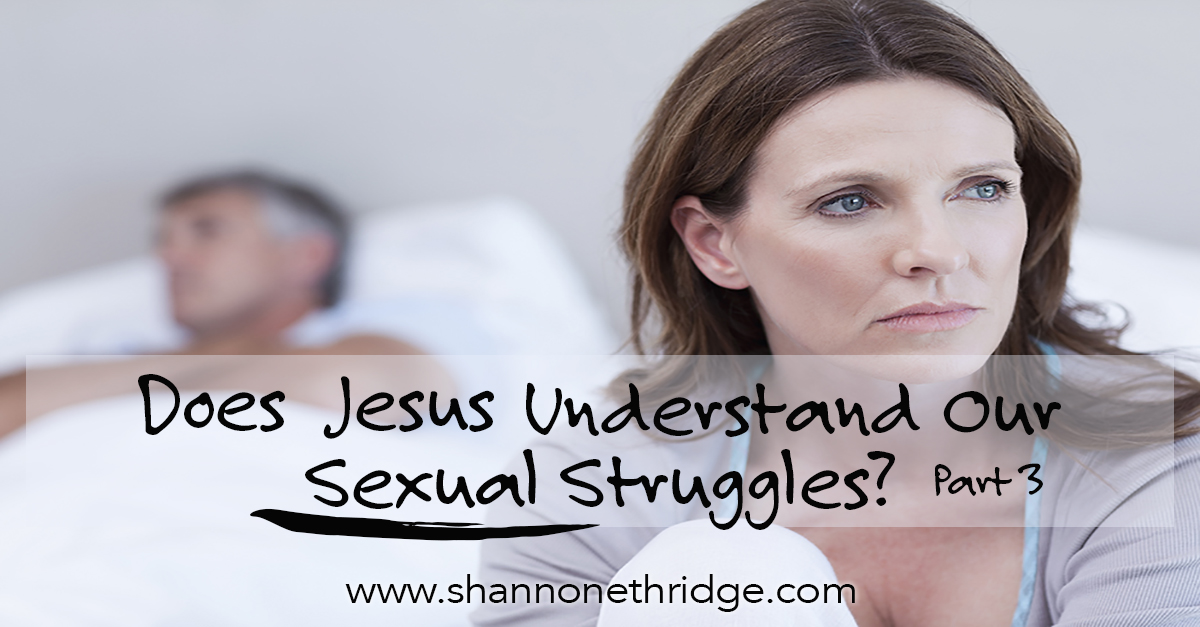 In John 4, we read about Jesus’ encounter with a Samaritan woman who was drawing water from a well.  He asks her for a drink, and she’s shocked that a Jewish man is willing to speak to a Samaritan (in their day, this equated to the lofty elite rubbing elbows with the lowly poor).
In addition to asking for a drink, Jesus offers her insight on how to find “living water,” a metaphor for a satisfying intimate relationship with Him.  As the exchange continues, we learn that she’s broken all the rules about marriage and sexual integrity . . . several times.  She’s had five husbands and was currently living with a man who wasn’t her husband at all.
So what did Jesus do?  Did He reject her?  Walk away with His nose in the air, eager to find someone more worthy of this gift of living water?  No, He went out of His way to shed some light into her life, explaining how to find the fulfillment she was searching for.  He looked beyond her weaknesses, acknowledged her needs, and revealed Himself as the only one who could fully and eternally quench her thirsty soul. As a result of this encounter, the Samaritan woman returned to her home and set everyone’s hearts ablaze for Jesus upon hearing her testimony.
Yes, even the most broken people can become beautiful vessels for God’s lavish love to be poured out upon others.  And speaking of broken people, let’s take a look at another example of how Jesus treated the sexually broken . . .
In John 8 we discover a desperate woman who’s in a lot of hot water.  She’s been found in bed with a man, and that man was not her husband.  While the story doesn’t include how the legalistic Pharisees dealt with the man involved, they are ready to stone the woman to death, as the Old Testament Law of Moses allows.  But they use this situation to test Jesus.  They ask him, “What do you say we should do?”
Did Jesus preach a hellfire-and-brimstone sermon about adultery?   Demand that body parts be mutilated to prevent a recurring episode?  No, Jesus shows us a higher law to live by-the law of love and mercy.  Rather than wagging a finger in her face, Jesus stoops down and uses that finger to write in the sand.  No one knows what He wrote, but perhaps it was the names of the other men in the crowd she’d slept with.  That would have caused them to drop their rocks, for sure.  Or perhaps he was just tracing patterns and giving them a chance to cool off.  The Pharisees continue to press Him for an answer, so He brilliantly declares, “Anyone here who has never sinned can throw the first stone at her” (John 8:7 NCV).
Silence. Then I imagine the sound of rocks dropping to the ground, one after another, given up in defeat rather than hurled in disgust.
There was no condemnation to be dished out that day.  Only compassion and gentle conviction.  “You may go now, but don’t sin anymore,” Jesus lovingly says to her (John 8:11 NCV) and sends her on her way.  The one sinless man in the crowd, the one who could have justifiably thrown a stone, chose not to.
So how can we read these true stories and believe that Jesus can’t possibly relate to our sexual struggles?  That He would never understand what it is like to be a sexual human being?  He can, and He does.  He’s been there. And He’s there with us each time we’re there too.

PRAYER:  Lord Jesus, we’re so relieved and thankful that you don’t just tolerate our sexual nature, but that you sincerely and compassionately “get us.”

Excerpted from  The Passion Principles: Celebrating Sexual Freedom in Marriage  by Shannon Ethridge. Copyright 2014. All Rights Reserved. Published by W Publishing Group, and imprint of Thomas Nelson, Nashville, TN. Used by Permission. Not to be copied without Publisher’s prior written approval.
Cart
Checkout - $0.00