Why Does God Say Sex is Only for Married People? – Part 1 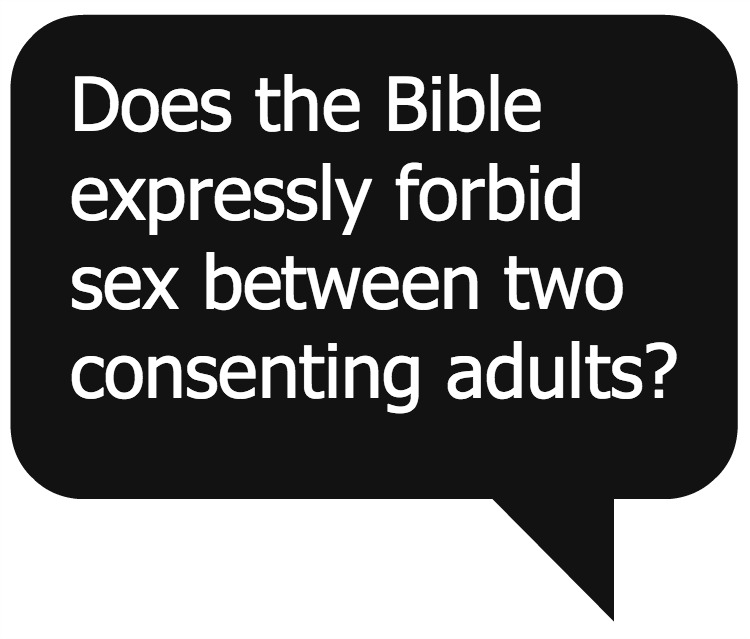 I’ve received a few e-mails over the past two decades from people insisting that the Bible doesn’t expressly forbid sex between two consenting adults.  Funny how this question is always posed by single people-most likely sexually active single people is my best guess-but never by married people, and certainly never by married people who have really great, God-fearing, earth-shaking, soul-stirring sex lives.  I think those couples totally get it.  But since this is such a common question, let’s go there for a moment.

While you won’t find a passage that says, “Thou shalt not have sex prior to marriage,” you will find scriptures that address the seriousness of “fornication” (sex between two people who aren’t married to each other) as well as a commandment against “adultery” (sex between a married person and someone who is not his or her spouse).  Let’s take a look at Genesis 2:24, which I think explains what God envisioned when He created both marriage and sex (in that order): “This explains why a man leaves his father and mother and is joined to his wife, and the two are united into one.”

Notice that there is a distinct sequence to this passage:

Here’s the SEV (Shannon Ethridge Version) translation of this verse: “Grow up, get established, find a suitable mate, get married, and then feel free to have all the sex you want, because it’s going to bond the two of you together like crazy in every way!”

Think about it.  God is the only Mathematician in the universe that can submit an equation such as “One + One = One” and it be so undeniably true!