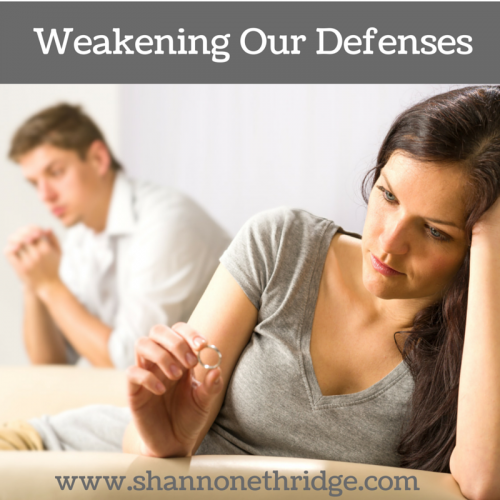 I watched a speaker bring several volunteers from the audience on stage in order to conduct an experiment about the power of our thoughts. He asked the group of individuals to think about the best thing in life that has ever happened to them. After a moment, he said, “Now that you have that thought planted firmly in your mind, I want you to put your arms straight out like you are making a cross with your body and hold your arms in this position, regardless of how hard I try to push them back down to your side.”

The speaker appeared to be pretty strong, yet he could not overpower anyone’s arms back down. He gave them a moment to recover, then said, “Now I want you to think about the worst thing in life that’s ever happened to you, then assume the same position.” One by one, the speaker effortlessly pushed their arms back down to their sides. His point was well-taken. Positive thoughts give us strength, while negative thoughts drain our strength.

I recall watching a movie many years back where a young man was fantasizing about a female stranger approaching him amorously, going straight for the kill by removing his black-rimmed glasses, running her fingers through his hair, embracing him firmly, and kissing him passionately. As young as I was when I witnessed this scene, I remember thinking, “Yeah, right. Dream on, buddy. Women don’t operate like that.”

A woman doesn’t just walk up to a strange man, kiss him, and seduce him out of nowhere. But some women have done this very thing after they have known the man for some time and have entertained such thoughts in their heads over and over. Perhaps they’ve tested the water with a little flirting here and there to make sure he’s responsive to their advances. Maybe they have even rehearsed the plan in order to make it foolproof. When a woman dwells on the possibility of engaging in this type of negative behavior, it can zap her strength to resist and cause her defenses to crumble.

Of course most women would never act out in such a blatant way. Whether the tighter reigns are a result of modesty, fear, disgust, or insecurity, many keep their affairs restricted to their minds. But when we allow our minds to envision being involved in an affair or in other inappropriate activities or relationships, we are paving the way for our defenses to become so weakened that we eventually act out our thoughts.