The Secret to Staying Together Forever – Part 1 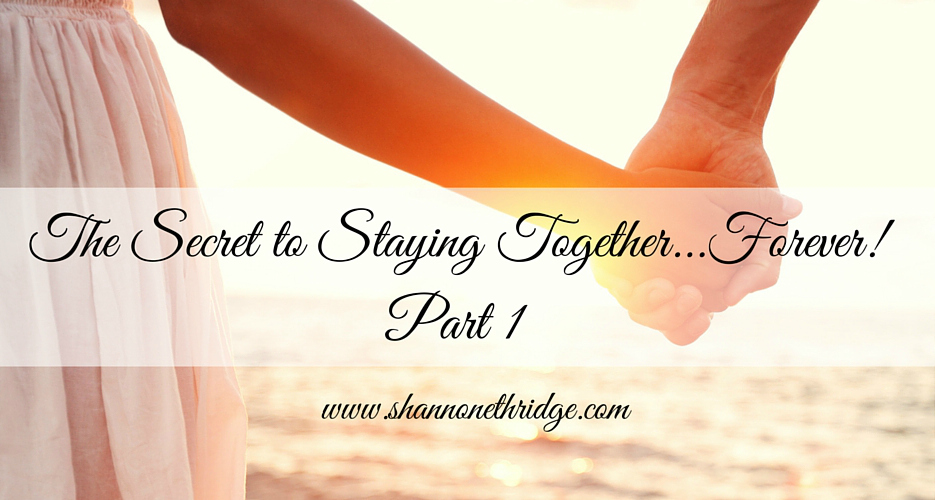 I was recently cohosting the morning show at the local radio station here in Tyler, Texas, with my dear friend Mike Harper, whom I frequently razz about how he “married up” when he found his wife, Lois. As usual I inquired about how she was doing. They’d just received the joyful news that, after years of waiting, they were about to be grandparents, and Mike mentioned how much fun Lois was having “nesting” in preparation. He went on to make a comment that I’ll never forget, nor will I ever forget the look on his face when he said it. As if he was in absolute awe, he sweetly declared, “She is so good to me. I don’t get it. I’ll never get it. But she is just so good to me!”

Isn’t that what we all hope our spouses would say about us, even when we’re not around to receive the compliment? But this kind of love and passion for one another spread out over decades of marriage doesn’t happen automatically. It requires intentionality, and without that intentionality, life takes a heavy toll on the relationship. We’ve all seen couples who’ve somehow managed to remain legally bound to one another, who dwell beneath the same roof, and who probably still sleep in the same bed. But when you watch them in a restaurant, they gaze over one another’s shoulder in a daze, slightly agitated with the arrangement. They’re together, but they’re not. They are physically present, but mentally and emotionally they are oceans apart. They’re spouses, but they aren’t friends.

Obviously, this is not the type of relationship we long for when we daydreamed of getting married and living happily ever after. Staying together is one thing. Staying interested is another. Making love is one thing. But making love last is the ultimate goal.

So how does a couple do that? As I’ve been contemplating that question, a few word pictures have come to mind. The first occurred one day as I was visiting my parents. As I coasted into their driveway, I noticed how the huge plot of land that they once relentlessly slaved over no longer bore any resemblance to the lush vegetable garden that it used to be. Each spring my dad tilled up the ground and fertilized the soil, and my mom carefully planted her onions, potatoes, tomatoes, and other vegetables that I probably turned my nose up over the taste of. Almost daily they watered the tender plants, hoed out the weeds, and picked bushel baskets full come harvest time. We feasted all summer, sharing our bumper crops with the neighbors and canning the extras to last us through the winter.

Would it be realistic of me to think that I could go pluck a few cucumbers and ears of corn when that garden hasn’t been touched in over a decade? No. The only thing that grows there now is grass. Once the labor ceased, the harvest did too. It doesn’t take a rocket scientist to make the connection between my horticultural example and holy matrimony. We must be intentional about tending it . . . regularly. It’s no secret that if you want your car to keep running, you must keep gas and oil in it rather than letting it run dry. It’s no secret that to keep a campfire burning you need to stir the embers frequently rather than leaving it unattended for long. Therefore, it should be no secret that to keep your relationship running smoothly and burning brightly, you must be intentional about fueling it regularly if you are interested in staying together forever.

Excerpted from  The Passion Principles: Celebrating Sexual Freedom in Marriage
by Shannon Ethridge. Copyright 2014. All Rights Reserved. Published by W Publishing Group, and imprint of Thomas Nelson, Nashville, TN. Used by Permission. Not to be copied without Publisher’s prior written approval.
Cart
Checkout - $0.00