The Danger of Turning Fantasy Into Reality 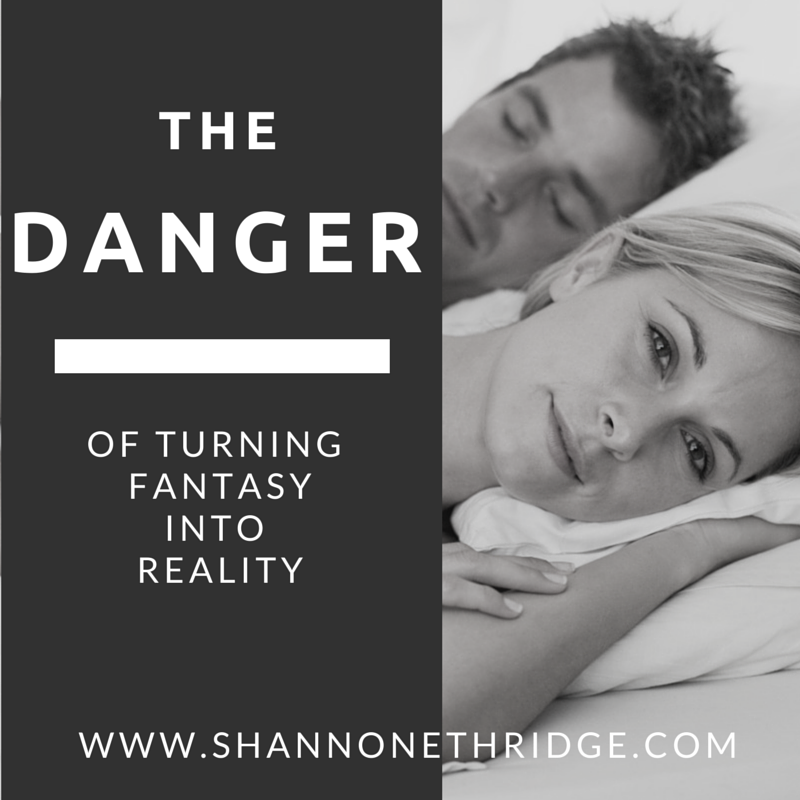 When one of my coaching clients tells me that they are considering turning a fantasy into a reality, a red flag always goes up in my spirit.  I want to know more — a lot more — about exactly what she has in mind, and most importantly, who else it might involve!

For example, one woman told me that for Valentine’s Day, she was going to make her husband’s fantasy come true by pursuing him in a creative way.  She sent him to a nice local hotel, where she would later knock on his door dressed as a seductive cleaning lady.  While not all wives would participate in such an adventurous role play, this scenario seemed tame enough to simply applaud her courage and cheer her on.  Indeed, her husband was both surprised and delighted by the amorous gesture.  No harm, no foul.

…Another couple came to me for marriage coaching after having acted out a fantasy, which they initially thought they’d gotten away with.  Bob and Tina traveled to a convention where they manned a booth together, staying in a posh hotel room both Friday and Saturday night.  When Bob suggested they watch porn on his company laptop, Tina was a little reluctant, but figured that their teenage children would never know.  True, their children never discovered what they’d done, but Bob’s boss did.  The company laptops contained filtering software that sends a report to their IT department whenever any “red flag” activities are suspected.  Bob walked into the office Monday morning with a smile on his face from his wild weekend with his wife.  He was escorted out the front door with his personal belongings before lunchtime.

Moral of the story?  Some fantasies are far better left as fantasies! Bringing them to life will often bring far more heartache than heat!  So here are some guidelines to help you discern whether to bring a fantasy to life or leave it in your head.

Let’s face it.  Political campaigns and budding careers have crumbled.  Ministries have imploded and left followers floundering.  Families have fallen apart.  All because of fantasies that should have never become a reality at all.

So before you decide to turn a fantasy into a reality, be sure to count the potential costs — to your marriage, your ministry, your family, your friendships, your finances, your future reputation, etc.  Chances are, keeping that fantasy merely a fantasy is a great safety net against your whole world falling apart.

Dearest Lord, thank you for the incredibly vivid imaginations you’ve given us, but show us how to play safe when it comes to sexual intimacy.

Excerpted from The Passion Principles: Celebrating Sexual Freedom in Marriage  by Shannon Ethridge. Copyright 2014. All Rights Reserved. Published by W Publishing Group, and imprint of Thomas Nelson, Nashville, TN. Used by Permission. Not to be copied without Publisher’s prior written approval.
Cart
Checkout - $0.00