Rehearsing A Line of Defense 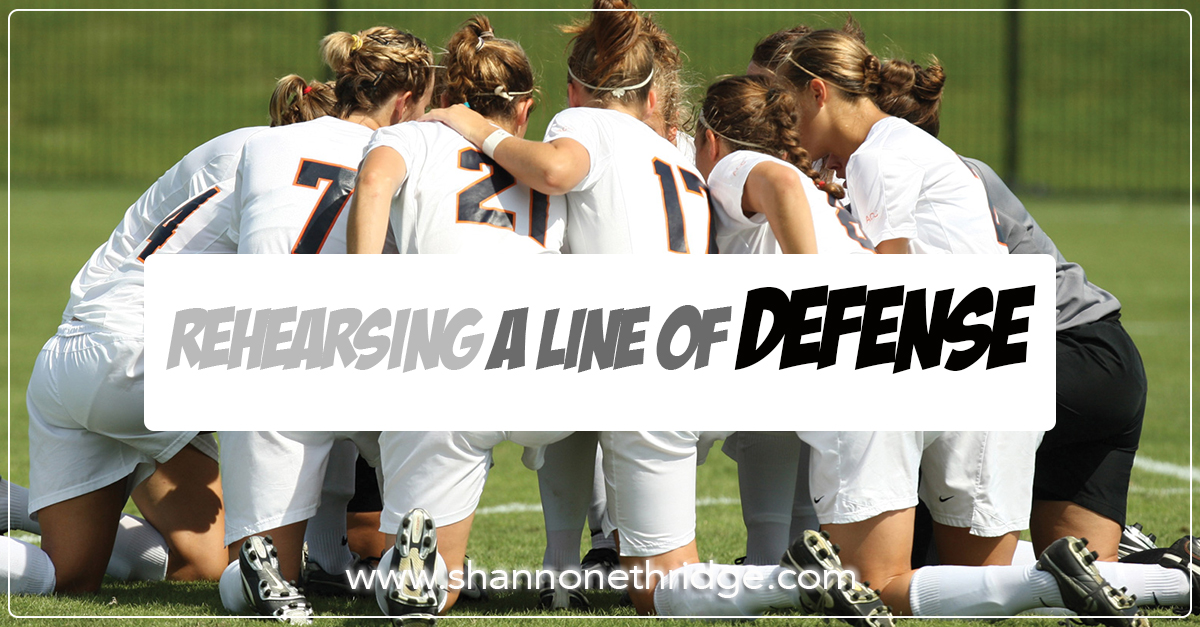 You can mentally rehearse righteous responses to temptations. For instance, anytime you have inappropriate thoughts about someone or suspect that he may be coming your direction, imagine that rather than giving in and being swept away like a character in some romance novel, you actually spurn his advances. See yourself nipping his interest in the bud. Even practice what you would say in response to his move to communicate beyond a shadow of a doubt that you are not a woman to be toyed with or someone who is so emotionally needy that she clings to anyone who treats her affectionately.

Here are some examples of how women have practiced their righteous responses to sexual and emotional temptations so that they were able to play the part to perfection when the spotlight was on them:

*  Jana finds her newly divorced neighbor very attractive but wants to be certain that nothing inappropriate ever takes place between them. She has had thoughts that he may come over someday when her husband isn’t home. Rather than imagining what it would be like to engage in a private conversation with him, Jana rehearses her line of defense. “My husband gets home after 5 P.M. Why don’t you come back then and we’ll all chat?” is how she will respond if he should ever show up on her doorstep.

*  When a handsome, single co-worker asked to meet with her privately about some issues affecting the office staff, Donna could have entertained thoughts of being alone with him. But as an ethical professional and a woman of integrity, she has rehearsed such situations. To guard against any possibility of inappropriate behavior, Donna mentally pictures herself automatically replying, “When you notify my secretary to schedule the appointment, have her reserve the conference room.” (Because of the windows all around this room, she could hear his complaints privately without the two of them being isolated from other people.)

*  At the office where she works as a dental hygienist, there is an attractive patient who is overly friendly with Linda each time he comes in. She knows that she must keep him at bay and imagines how she will shut him down when he makes inappropriate comments. She was seeing him to the front desk one day after he had a filling replaced, and as expected, he made his move. He placed his hand to the side of his sore cheek and said, “My mother would always kiss me where it hurts,” and leaned Linda’s direction. Linda responded without hesitation, “Well, I’m not your mother. When you go home, maybe she’ll kiss it for you.”

Practice makes perfect. Rehearsing their lines of defense enabled these women to resist temptation at the gate. Practicing your line of resistance will give you victory in the face of temptation as well.