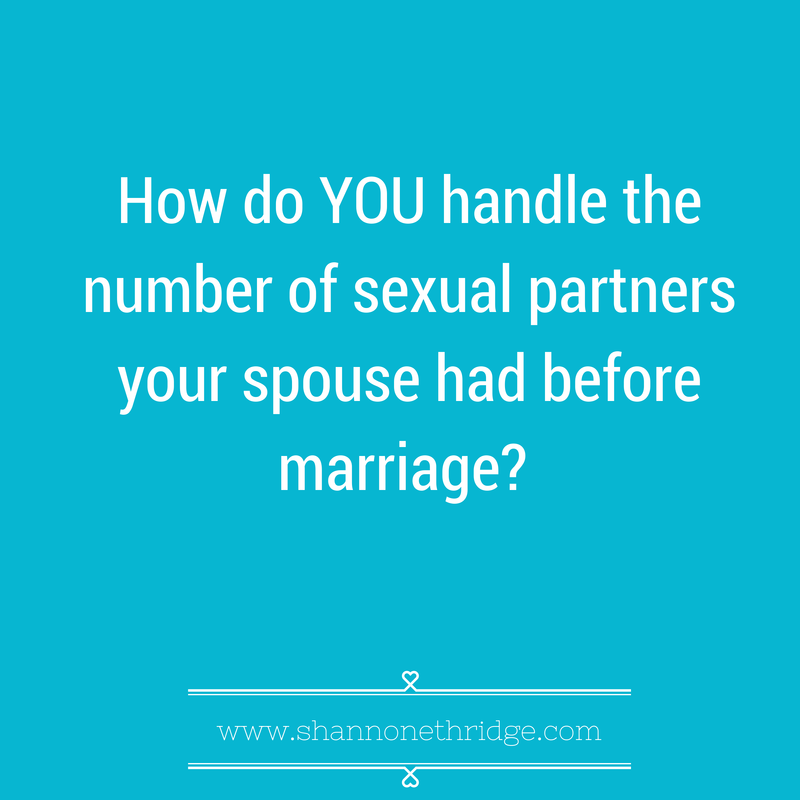 That’s how the scorecard would have read, had there been one. I’d walked into marriage at twenty-two years old with more than fifty sexual partners in my past. Greg, at twenty-six, was still a virgin. Together, we flew in the face of conventional stereotypes of the sexually experienced macho male and the pure-as-the-driven-snow female. As I entered counseling several years into our marriage, my main goals were to get the scarlet letter off my sweater, cut the soul ties that had bound me for too long, and rid my mind of the relational ghosts that continued to haunt me.

My counselor’s challenge was simple enough. Make a list of all your sexual partners, and figure out what each of them have in common.  Sounds easy, right?  Not if your scorecard is as full as mine.  It took several weeks, and the floodgates of emotion burst wide open as I began digging for answers to the question, “And why did I sleep with him?” over and over.  However, a distinct pattern soon surfaced. Over 95% of these men had been older than me, and most had been in some type of authority over me.  Translation:  Just like Hester in The Scarlet Letter, Meggie in The Thorn Birds, and Christine in Phantom of the Opera, I’d been blindly giving myself away, hoping to find a loving father-figure to help me feel safe, secure, and special.  But my tactics had backfired royally.  My lifestyle had become very dangerous, creating major insecurities, and robbing me of any notion that I was, or could ever be, special to any man.

Excerpted from  The Sexually Confident Wife: Connecting with Your Husband Mind*Body*Heart*Spirit  by Shannon Ethridge. Copyright 2008.  All Rights Reserved. Published by Random House Inc, New York, NY. Used by Permission. Not to be copied without Publisher’s prior written approval.
Cart
Checkout - $0.00