Getting On The Same Page Sexually- Part 1 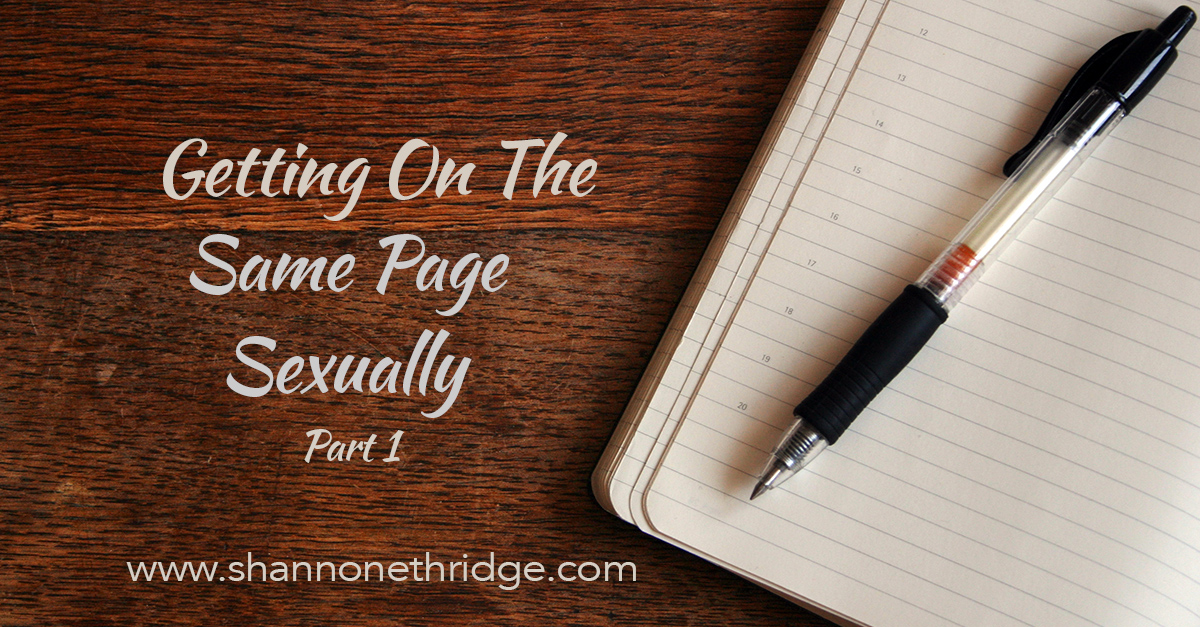 “I just want to feel connected to my husband!” Gina cried in my coaching office.

The next day I met with both Gina and her husband.  Upon digging a little deeper, I learned that Connor felt the same way.  He wanted to connect more often with his wife too and was quite frustrated that he kept trying and trying to do just that, only to be rejected by her. So how is it possible for a couple to want the exact same thing, yet both of them feel so unsuccessful in that endeavor?

First I asked Gina to define the word connection.

Then I asked her what she thought Connor’s definition of connection might be.  After a long pause, it was like a light bulb went off in her brain, and she boldly declared, “Sex!”

Connor shook his head up and down frantically like a baby kangaroo with A.D.D. on a sugar high after a birthday party.

He was saying, “I’d feel more emotionally connected to you if you were more willing to connect physically with me!”

Another couple, Kim, and Rick say it took several years after having kids to work through their different ideas of sex and love.  Kim explained, “I felt tired and worn out after spending the day taking care of little kids and nursing a baby.  The last thing I wanted was sex!”  As a result, Rick grew distant because he felt like his wife didn’t want him.  Neither of them knew how to verbalize their feelings to each other without sounding selfish, but after a few months of only being intimate every couple of weeks, Rick spoke up.

Kim says she was very frustrated at his comment because it seemed to require that she adds to her ever-growing to-do list.

“It wasn’t that I didn’t want to feel connected to my husband.  I just had nothing left to give physically.  But he just couldn’t understand how having sex felt like something I had to do, not really something I longed to do.”

It’s bewildering how a husband and wife can have the exact same goal, but a different strategy entirely.  So how did husbands and wives get such different ideas about sex and love?

PRAYER:  God, show us how to get on the same page sexually!

Excerpted from The Passion Principles: Celebrating Sexual Freedom in Marriage  by Shannon Ethridge. Copyright 2014. All Rights Reserved. Published by W Publishing Group, and imprint of Thomas Nelson, Nashville, TN. Used by Permission. Not to be copied without Publisher’s prior written approval.