The Connection Between Spirituality and Sexuality 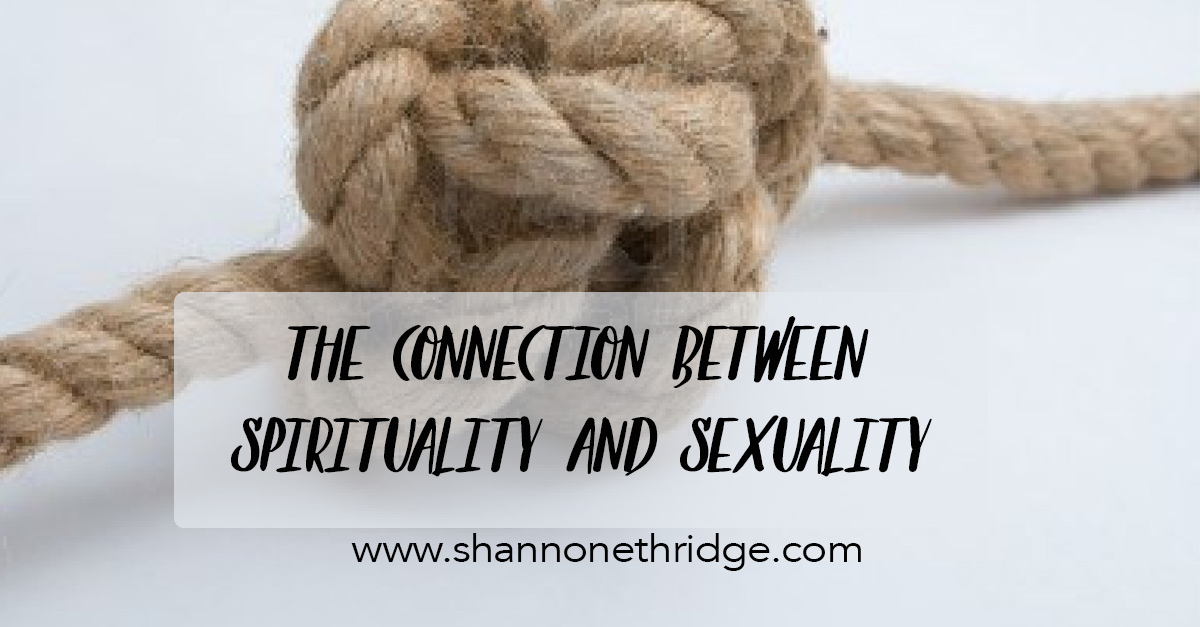 No words in the English language could possibly describe the look of panic on my mom’s face as she pulled into the driveway to witness me standing barefoot in the dew-covered grass, holding a fallen electrical line in my hand.  I’d been watching Sesame Street, when suddenly the TV went totally dead, along with all of the lights in the house.  I went outside to ask my dad to investigate but stumbled upon a potential explanation when I saw the severed black cord lying limp on the front lawn.  So I picked it up as if somehow I could reconnect it to its power source and restore everything to the way it was supposed to be. And, amazingly, I lived to tell about it.

In many ways, [my writing, speaking, and coaching are intended] to do the same thing-to reconnect married couples to their Power Source, and to restore passion and freedom in the marriage bed. Hopefully, I’ll get better results this time, and avoid any shocked facial expressions in the process.

Think of the spirit as the “energy” we’re given as humans who are made in the image of God.  Think of our body as the “conduit” through which that energy flows. Without the conduit (the body), there would be no way for us to experience that energy and let it flow from ourselves to another human being.  But without the energy (the spirit), our bodies alone can’t muster the human connection we naturally crave.  Oh, many try.  They find human outlets for their physical sexual desires-manipulative seduction, child molestation, sexual abuse, sexual addiction, prostitution, human trafficking-it wears all kinds of ugly masks.

But a physical connection to someone with whom we also share a strong spiritual and emotional bond, that’s something else entirely.  That’s pure love . . . romance . . . passion . . . intimacy . . . ecstasy . . . euphoria.

When you’re expressing your sexuality in the way our Designer intended, there is an enormous, undeniable connection between sexuality and spirituality.  Humans are sexual.  Humans are spiritual.  It’s the primary common denominator among us all. Are there spiritual people who aren’t sexual?  No.  Absolutely not.  There are spiritual people who aren’t sexually active, such as priests, monks, or nuns who’ve pledged themselves to a lifestyle of celibacy, or single people who are purposely holding out for marriage.  But they are still sexual beings and will be until they die.

Are there sexual people who aren’t spiritual?  That depends on whom you ask.  Some would say that those who don’t have a relationship with Jesus are not spiritual.  This may be an acceptable definition of Christianity, but is a very narrow definition of spirituality.  Others would say that all people are spiritual, simply by the fact that they are alive, regardless of whether they are currently practicing any sort of spiritual activities or disciplines.  I agree with this latter camp.  We’re all made in the image of God, whether we acknowledge it or not, whether we acknowledge God or not.

You simply can’t take the spirit out of the body (at least not until that body is dead). Just like you can’t separate two sides of the same coin. Nor can you take the protein out of a Black Angus steak. Or take the chocolate out of a chocolate bunny, as my friend Steve Holladay says. It’s all swirled together, sexuality and spirituality, never to be separated. So since we can’t possibly separate the body and spirit, or sexuality and spirituality, how about looking to see what we can learn from fully integrating and celebrating the synergy between the two?

PRAYER:  Lord, show us how to fully embrace both our sexuality and our spirituality simultaneously.

Excerpted from The Passion Principles: Celebrating Sexual Freedom in Marriage  by Shannon Ethridge. Copyright 2014. All Rights Reserved. Published by W Publishing Group, and imprint of Thomas Nelson, Nashville, TN. Used by Permission. Not to be copied without Publisher’s prior written approval.