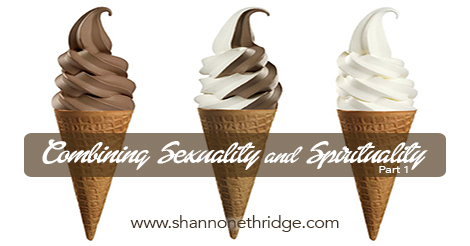 In the fall of 1997, I was speaking to a group of parents about proactively instilling sexual values in teenagers.  In a sea of faces typically including men and women in their thirties, forties, and early fifties, this one little blue-haired old lady stood out of the crowd.  She was sitting perfectly upright in her lavender leisure suit, knees and ankles pressed together, black patent leather handbag resting in her lap with her clenched fists firmly gripping the handles.  She sat wide-eyed through the entire 90-minute presentation, barely moving a muscle except to scratch her blue-haired scalp.  I tried not to let the thought distract me, but I couldn’t help wondering the entire time, What in the world is this woman thinking about all of this sex talk?

After the session was over, the elderly woman, hanging on the arm of her adult daughter, approached me at the front of the room.  The daughter introduced herself first, then introduced her elderly mother.  As we engaged in conversation, I began bracing myself, assuming that this prim and proper “church lady” was about to lambaste me for talking publicly about “S-E-X!”  I could almost envision her asking, as comedian Dana Carvey often did on Saturday Night Live, “Who possessed you into talking about such a vile thing out loud in church?  Hmm, let’s see… Who could it have been?   SATAN???”
After exchanging a few pleasantries, the younger woman said, “I just want to thank you for your courage in speaking out about these important issues!”  Surprised and relieved, I reached out to give her a hug.  As I did, her mother chimed in with her two cents worth.  She said to her daughter in a slow, sweet southern drawl, “Honey, you are so lucky to be living in a day and age where we can talk about this!  Why, I could never even tell your father that I liked what he was doing to me at night!”
I’ve never been so tempted to bust out in laughter and cry tears of relief at the same time!  I thought, Thank God for people who get it!
Of course, I haven’t always been so lucky when I speak to adults.  I’ve had a handful of real, live “church ladies” respond very differently to some of my presentations.  One woman insisted, “This is shameful!  There’s so much sex in the world already, and now we have to bring it into the church?” Another said, “This is a holy place of worship!  You’re going to talk about SEX here?”
If these women find talking about sex in church so disturbing, are they really able to indulge in it freely in their bedrooms?  I’m guessing not.  It’s as if they believe God created our heads, shoulders, knees, and toes, but that our genitals were all the devil’s doing.  Over the past many years of speaking about sexuality in a spiritual context, it’s become painfully obvious that in some women’s minds, talking about sex in church is as taboo as marching into a Weight Watcher’s meeting with a grocery cart full of Häagen-Dazs!
Speaking of ice cream, my favorite is chocolate and vanilla swirled together, which brings to mind the perfect illustration of how I feel about the “church lady” syndrome.
One of my favorite places to dine is a casual restaurant called Jason’s Deli.  The real reason I go there isn’t the yummy soup, fresh salad, or delectable sandwiches.  The real reason, I confess, is the free soft-serve ice cream.  To me, nothing tastes better after a light lunch than a cool and creamy chocolate-and-vanilla swirl cone!
My husband on the other hand, well, let’s just say he’s a “plain vanilla” kind of guy when it comes to his ice cream.  He’s probably the only person on the planet that walks into a Baskin Robbins, peruses all 31 flavors, and still orders vanilla.  My kids and I get a big kick out of this every time.
But once I convinced him to let loose and take a walk on the wild side.  I presented him with a small dish of chocolate-and-vanilla swirl, insisting he give it a try, if only to entertain us for a moment.  We all anticipated his response as he dipped his plastic spoon into the mixture, brought it to his lips, and shoved it into his mouth.  After a split second of mental consultation with his palate, he declared, “Ugh!  I don’t like chocolate ice cream!  Just give me my dear old vanilla and I’ll be a happy man!”
That’s basically what those “church ladies” were saying, too.  “I like my spirituality all by itself!  Don’t try to mix any sexuality in with my theology!”
Me on the other hand, I like vanilla okay, and I like chocolate okay, but you swirl those two together and WOW!  My taste buds sing!  I believe the same is true with sexuality and spirituality.  Each is great, but when you experience them together, that makes both of them all the more satisfying.
…continued