Being Naked with No Shame 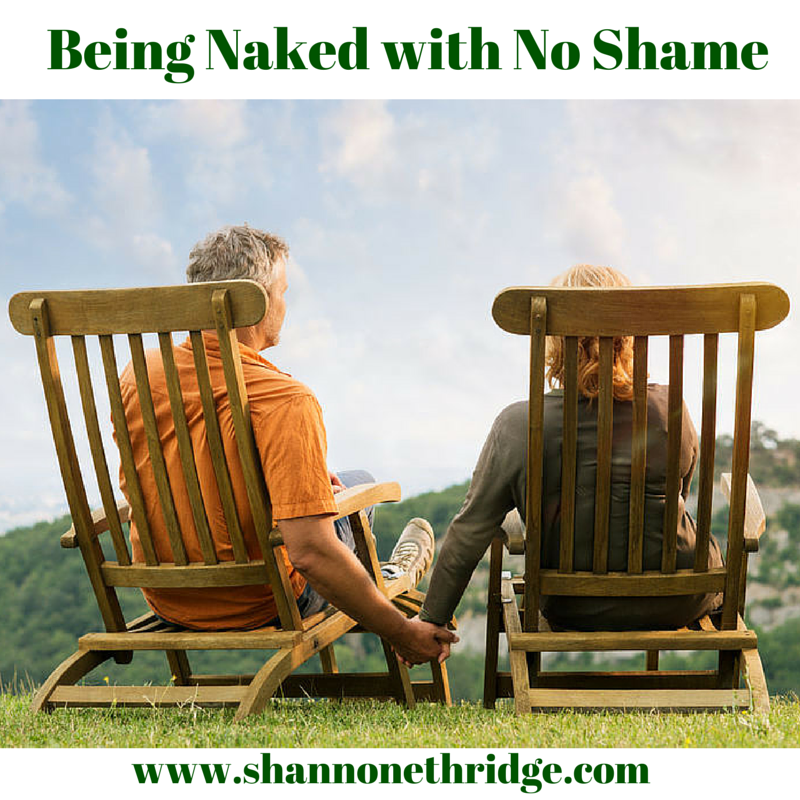 Although there are many hurdles that often hold couples back in the bedroom, there’s one in particular that outweighs them all (no pun intended). Yep—body image issues.

And of course, I also want to clarify that when it comes to body image issues, I’m not talking about just women—men have them too. They often feel as if their frames are too small, or their gut is too large, or they simply lack the definition of the super-cut guy with six-pack abs on the P90X commercials. He can get really self-conscious when he develops “Dunlap’s Disease” because his belly has “dun lapped” over his belt. I had to laugh when I recently heard a pastor in New Zealand declare, “My wife tells me I have the body of a god! His name is Buddha!” I was glad he could laugh about it too, but I do wonder if a man’s sexual self-esteem isn’t negatively impacted by such physical characteristics that aren’t considered “ideal” by our looks-obsessed culture.

As of this writing, my almost fifty-year-old husband is fretting the fact that his chest hair is turning gray and his hairline is rapidly receding. Regardless of my reminders that I like an older, distinguished looking man and that he’ll always be sexy to me no matter how much hair he loses or wrinkles he gains, it’s still difficult for him to accept the fact that age is taking its toll on his body, just as it does on everyone. I will say, however, that although men can certainly be plagued by a negative body image, many seem to be able to compartmentalize that issue long enough to let down their hair (receding hairlines, bald spots, and all) in the bedroom and have great fun!

Ladies, I’m just wondering—why couldn’t we learn to do the same thing? Think about it. We rarely find our male counterparts cowering in the corner of the bedroom, clinging to a fuzzy robe and crying, “You can’t possibly think I’m sexy!” Men can usually compartmentalize how they feel about their physical appearance long enough to wholeheartedly declare, “Hey, baby! Bring it ON!” in the bedroom.

Unfortunately, I can’t say the same thing about most women. It’s amazing how we let such tiny things have such a big impact on our marriage bed…

But here’s the question: Can a woman learn to freely share her body with her husband without fear or shame creeping in and killing the mood? Can she set her own insecurities aside long enough to go “full throttle,” losing herself in her husband’s loving embrace and sharing herself completely? I believe no matter where a woman feels she falls on the spectrum of “too this or too that,” she can learn to love the skin she’s in—and the effect that skin can have on her husband and marriage when she confidently shares it with him.

Excerpted from The Passion Principles: Celebrating Sexual Freedom in Marriage  by Shannon Ethridge. Copyright 2013.  All Rights Reserved. Published by W Publishing Group, and imprint of Thomas Nelson, Nashville, TN. Used by Permission. Not to be copied without Publisher’s prior written approval.
Cart
Checkout - $0.00