Behind the Scenes of The Fantasy Fallacy: The Conception 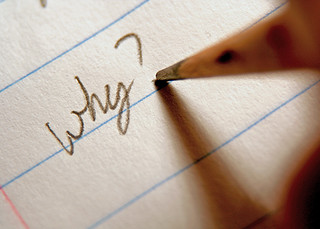 “Is it a sin to fantasize about sex with my husband while he’s deployed?”

“Why do I have fantasies about other women if I’m not a lesbian?”

“Why in the world would I fantasize about being raped?”

“Does getting turned on by an inanimate object make me a pervert?”

“What does it mean if I keep having sexual dreams about a co-worker?”

These are just some of the many questions I’ve received over the past decade from coaching clients or readers of the Every Woman’s Battle series.

It seems that every sexual battle we face begins in the mind, so understanding WHY we fantasize about certain sexual dynamics seems incredibly important.  Yet I’d never heard a single sermon on the roles, the rules, the benefits, or the boundaries of sexual fantasy.

Perhaps the reason is because the word fantasy doesn’t appear in the Bible at all, at least not in the several translations I consulted. The Song of Solomon alludes to a woman fantasizing about her lover, and Shechem obviously fantasized about Dinah as he plotted his sexual assault on her, but other than these instances, I don’t see fantasy mentioned.

So the whole topic can be extremely difficult to discuss simply because of our lack of understanding. For example, I recently heard from a gentleman who was quite unhappy with me for addressing the topic of sexual fantasy in my most recent book, The Sexually Confident Wife. We exchanged several cordial emails back and forth before I finally thought to ask the question, “If I had used the term sexual thoughts instead of fantasies would you feel any differently about what I had to say on the topic?”

After a few hours of contemplation, he replied that indeed, we all have sexual thoughts, and that’s a perfectly appropriate thing to discuss. So then I posed the question, “Can you explain to me your perceived difference between a sexual thought and a sexual fantasy?” Through continued email exchanges, we considered together:

We both had to laugh at how difficult it is for Christians to have a clear conversation when we don’t even have a clear vocabulary for the topic!

As I faced questions about the nature of some of my coaching client’s sexual fantasies (as well as some of my own), I confided in my “Shrink Rap” group, which consists of two men and two women, two of which are retired ministers, all of which are some sort of therapist, counselor or coach.  We’re all “shrinks” who sit around and “rap” about our own life journeys and counsel each other.  Jarratt, the oldest and most experienced member of the group (almost 80), taught us that sexual fantasies are really just the brain’s way of trying to heal itself from past emotional trauma.  He added, “If we don’t learn to face those fantasies, they’ll bite us on the butt as we’re trying to run away from them!”

I’d never heard anything like that before, and I was absolutely fascinated!  I looked up the definition of fantasy in the dictionary to discover that it is “an imagined or conjured up sequence fulfilling a psychological need.”

Hmmmmm… so if we are willing to revisit some of our most emotionally traumatizing moments in life… and can develop an understanding of our resulting deep psychological needs… then we can perhaps make more sense of our own sexual fantasies… and then maybe not feel the need to act out on them in destructive ways… and perhaps we could even become equipped to help others understand their own fantasies before they act out on them as well???  What an epiphany!!!

I felt as if I’d discovered something incredibly valuable – maybe not the cure to cancer or Alzheimer’s, but possibly a cure to several social issues that are just as tantamount – like why people often turn to dysfunctional sexual relationships to medicate emotional pain… why spouses are unfaithful to one another… why adults sexually abuse children… why homosexuality would seem appealing to someone who’s experienced trauma at the hands of an opposite-sex parent… why Christians feel so very guilty about all sexual thought and feel so defeated in their walk with God… why pastors and spiritual leaders seem so vulnerable to sexual scandals, etc.

I examined the Christian literature to learn more, but found nothing.  So I began reading psychology books, and was astounded by what all I learned!  I began applying that knowledge to my coaching practice, and witnessing people getting truly set FREE from their sexual anxieties and insecurities!  I thought, “WOW!  I’ve got to write a book about understanding our sexual fantasies… someday!”

This site uses Akismet to reduce spam. Learn how your comment data is processed.