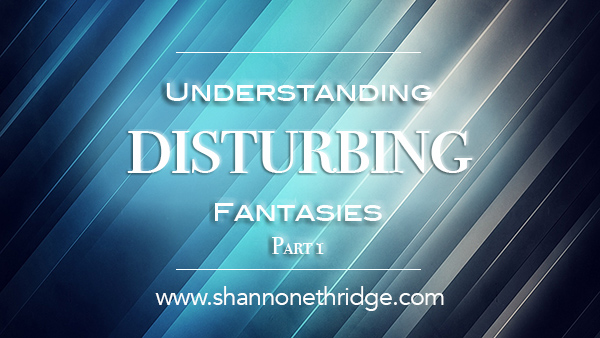 Even though actually being raped is considered one of the most traumatic and psychologically disturbing things one could experience, there’s obviously something about the fantasy alone that floats some people’s boat. And fiction authors are obviously aware of this, as lead female characters experience rape in approximately 54 percent of romance novels1. So why would we fantasize or dream about something that we’d never want to actually experience?

Returning to our original theory of sexual fantasies being the brain’s way of trying to heal itself from some trauma, we must ask, “What kind of life experience might someone have had that would require such a forceful scenario to open up the brain’s pathways toward pleasure?”

In a rape scene, the victim has absolutely no choice about whether sex is going to take place or not. It’s being forced upon them. And solely in the fantasy, this feels like a good thing. Perhaps it’s because the fantasizer is a very passive person and the idea of someone dominating and making sexual decisions for them is appealing. Or maybe it’s so the victim doesn’t have to take any responsibility for what’s happening. They don’t have to feel guilty. They’re not being “loose” or promiscuous. These fears of feeling responsible, guilty, or promiscuous very possibly stem from having repressed their own sexuality, which often happens when we’re raised in well-meaning Christian homes with the mindset of, “Sex is dirty and shameful, and those who engage in it willingly are dirty and shameful too.”

Guilt and shame aren’t compatible with an orgasmic mindset, so the rape fantasy takes all guilt and shame off the table, making room for a feast of pleasure, even if being raped is something that would not be pleasurable in real life at all. It’s quite fascinating how the mind works to ensure our sexual fulfillment, not because we’re perverts or horrible people, but simply because we’re designed by God as sexual beings to the core.