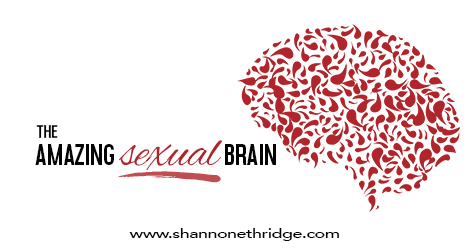 Ever wonder what happens in the brain during sexual arousal and climax?

A team of scientists at the University of Groningen in the Netherlands did and conducted extensive research to reveal the answers. Using PET scans to monitor subjects while resting, while being sexually stimulated, and while having an orgasm, they discovered the following fascinating details:

* The area of the brain behind the left eye, the lateral orbitofrontal cortex, is the seat of reason and behavioral control. However, in both men and women, this region shuts down during orgasm. That’s what provides the “out of control” feeling that creates confusion, but also produces intense pleasure.1 (Perhaps orgasm is really our sovereign God’s way of reminding us that we’re not as “in control” as we think we are!)

* Women’s brains showed decreased activity in the amygdala and hippocampus, which control fear and anxiety. This could explain why women have more of a need to feel safe and relaxed in order to enjoy sex.3(Perhaps this is God’s way of ensuring that intimacy is sought over intensity in a sexual relationship!)

Medical science proves once again that the more we learn about the human body and how it functions, the more we stand in awe of our magnificent Creator!

1, 2,3) B. Kahr, Who’s Been Sleeping in Your Head, This info. was found at http://www.shoppinglifestyle.com/love/the-truth-about-sexual-fantasies/911/1/