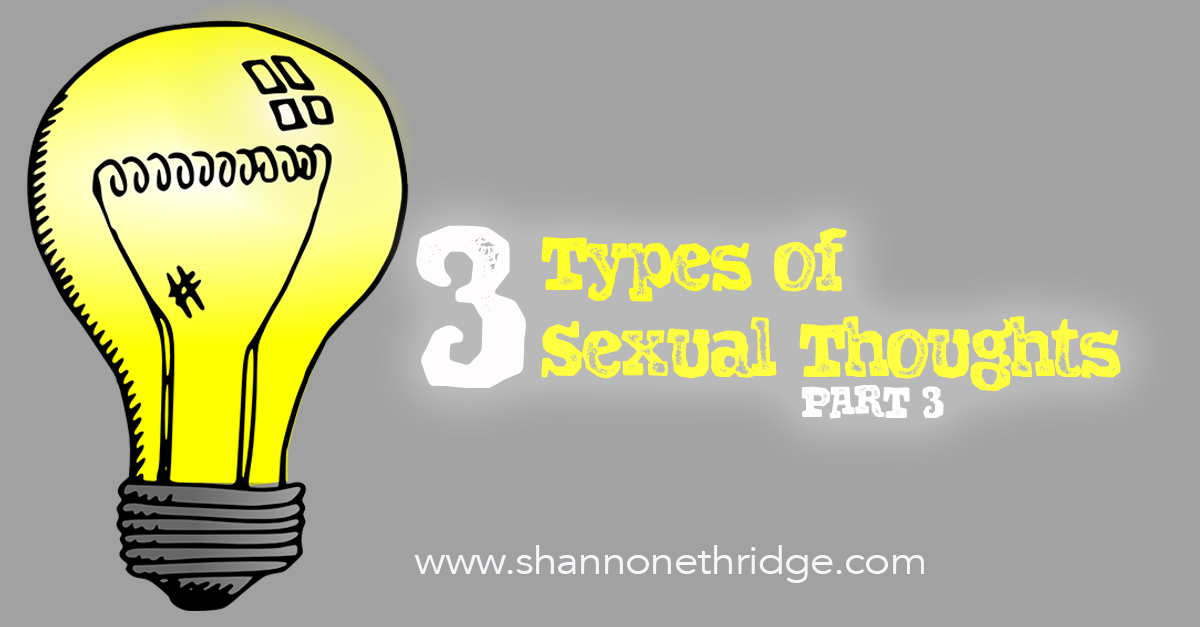 This definition of illicit fantasy can be disconcerting because a lot of people’s sexual thoughts often fall into this category. In his book Who’s Been Sleeping in your Head: The Secret World of Sexual Fantasies, Brett Kahr conducted a large-scale study of the sexual fantasies of 23,000 adults and discovered the following:

*  39 percent fantasize about sex with a work colleague

No, we can’t. As Christians, our standards of “normal” are measured against the loving guidance of God’s Word, not the life most of the world is living, not even inside their heads.

The fact that the vast majority of us are sexually fantasizing about someone we shouldn’t have a sexual relationship with at all is a pretty clear indicator that (a) there are a lot of people “walking wounded” and trying to medicate their emotional pain through sexual fantasy, and that (b) The Fantasy Fallacy book is long overdue.