Why Does God Say Sex is Only for Married People? – Part 3 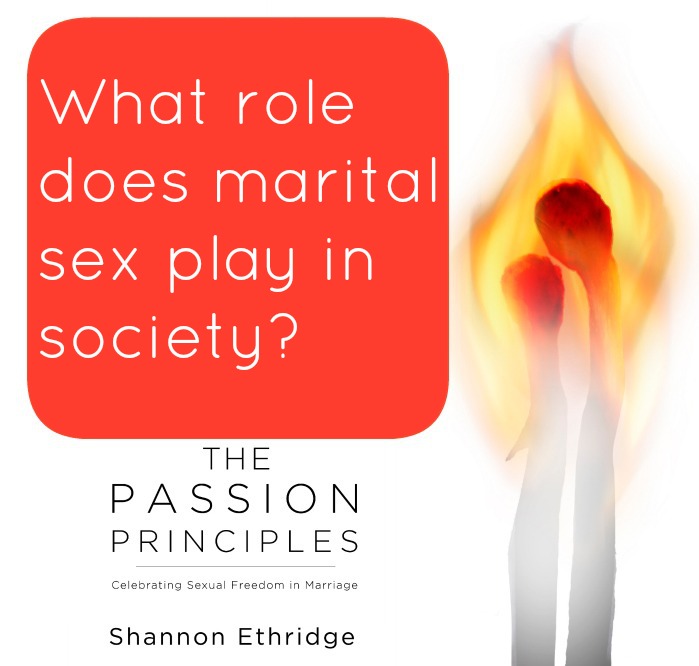 Not only is restricting sex to marriage best for individuals, it’s also what keeps society from both imploding (through the decline of moral character) and exploding (through uncontrolled population expansion).  It’s unfathomable, but let’s take a moment to contemplate it as best we can.  Let’s remove all religious regulations, all emotional sensibilities, all relational ties, all legal boundaries.  Let’s say humans actually did have free reign to have as much sex with as many people as they want.  Marriage means nothing.  If the going gets tough, bail out and find another partner.  There’s no “socially acceptable limit” to the number of marriages you can rack up.  All of those children you’ve brought into the world?  They don’t really need both a mom and a dad, do they?  They’ll figure out a way to make it on the streets while their single parent slaves away at two or three jobs to pay all the bills because the other parent is now paying to help his or her new family to survive these tough economic times. Or, better yet, everyone involved in the relational madness and social mayhem can just go on welfare and let the government take care of us!  Right?

Of course not.  Forgive my sarcasm.  I mean no disrespect.  I just think it’s really important for us to understand just how “stabilizing” it is for a society to embrace the truth that sexual intimacy is incredibly beneficial in the context of marriage, and how, without those appropriate boundaries, there’s really nothing distinguishing us from the animal kingdom-meeting, mating, procreating, then repeating as often as the urge strikes.  Perhaps this is what God had in mind with panda bears and platypuses and orangutans and octopi, but certainly not with men and women made in His very image.

One last word picture to drive home this point:  Think of the difference between a pile of bricks and a brick home.  If a tornado rips through a town, that pile of bricks becomes a pile of rubble at best, an arsenal of projectile missiles at worst.  But the brick house can actually withstand a pretty severe tornado without a lot of damage.  What’s the difference?  That pile of individual bricks has nothing holding it together, whereas the brick home is literally a fortress of protection.