The Faces Behind Our Fantasies – Part 4 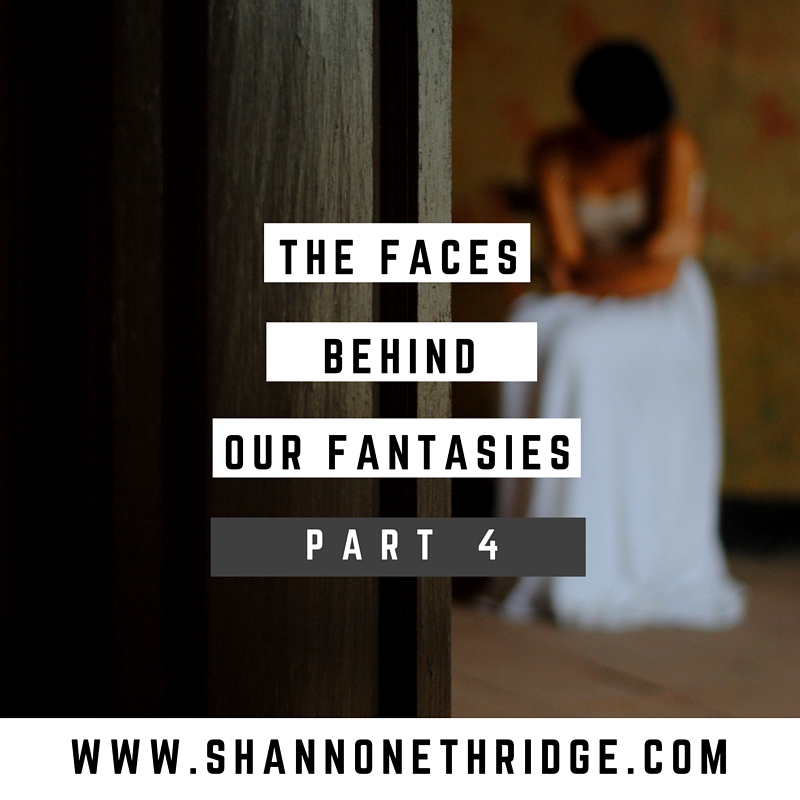 In order to consider the roots of our own thinking, we must allow ourselves to descend into the dark places, the hard places, that we (ourselves and the church) have tried diligently to avoid in the past. We must learn to live in the tension that our fantasies often create. We must identify not just the surface of the fantasy, but identify the very source of the inner tension — in other words, why we feel the way we do about the thoughts that we have. That can only be found as we descend into some of our soul’s unexplored chasms.

In A Little Book on the Human Shadow, Robert Bly says that when we are born, we receive a long bag we drag behind us. (i) We spend the first half of our lives filling this long bag full of our personal paradigms and secrets. We spend the last half of our lives removing those very things, one at a time, holding them up to the light, examining them and trying to make sense out of them. In doing so, we’re sometimes able to “unlearn” the fallacies we’ve adopted along the way, becoming a healthier, safer person in the process.

One of the things I believe we often put in that long bag is the notion that we’re either “all good” or “all bad”-one extreme or the other. It doesn’t take much to realize that we can’t be “all good, all the time,” so we deduce that we must be “all bad.” This idea that we must exist on one end of the spectrum or the other is yet another example of extreme thinking. Such a dichotomy hearkens back to what I explained through the lion dream in the introduction to this book; we can’t be too liberal or too legalistic. We must find a healthy balance in the middle of these two extremes.

The way to remedy this dichotomous thinking is to simply accept the fact that we aren’t one or the other. We are both. We all possess an internal “bright light” because we are made in the image of God, but we also possess an internal “shadow self” because of the fall of man. We are a combination of good and bad, light and dark, hope and hopelessness. Our fantasies certainly reflect that, don’t they?

Ignoring this “shadow self” is going to have the same effect as ignoring a child who’s desperate for attention. It’s only going to get all the more unruly until it is recognized. I believe that ignoring this shadow self to the point that it demands attention is exactly what has caused many Christian leaders (and followers) to stumble and fall headlong into sordid affairs and humiliating sex scandals. What if leaders such as Bill Clinton, Jim Bakker, Jimmy Swaggart, and Ted Haggard had paused long enough to not just ask, but also answer the question, “Why am I tempted to act out sexually with this person? What mental movie am I trying to project onto them?”

Sometimes the smartest thing to do is to simply stop ignoring our shadow self, turn and face it, acknowledge its presence, and say: “Okay, I see you. You don’t have to keep pestering me. You have my attention. What is it that you want exactly? What are you here to teach me? How can I help you?”

Whatever feelings arise, greet them, regardless of how scary or painful. Pick each emotion up like a crying child. Hold it. Attend to it. Comfort it. Befriend your shadow self rather than reject it. With this level of personal honesty, you may be able to bring into consciousness what your unconscious has been trying to say to you all along through your thoughts and dreams.

Miss Part of the Series? Catch Up Below!