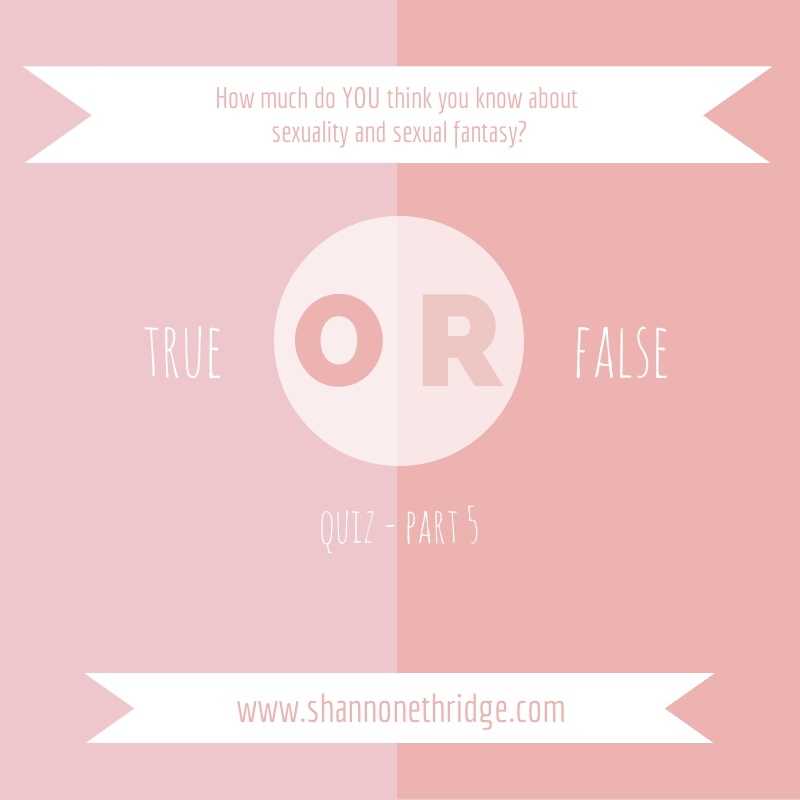 5. Christians control their sexual thoughts and actions better than others.  False.

While the answer to this question probably should be true in light of the amazing power we have available to us to resist temptation, I think we have to admit that the answer is all-too-often false.  Christians struggle with sexual sin just as much as anyone else, including pre-marital sex, extramarital sex, and pornography usage.

I know someone who attends church with the owner of the hotel chain that hosts some of the largest annual Christian conventions in our nation.  These conventions are attended each year by hoards of pastors, religious broadcasters, Christian writers, speakers, and musicians.  The hotel chain loves hosting these events, for many reasons I’m sure, but one reason is because of how their financial bottom-line increases tremendously during those days.  Would you like to guess what the increased income is attributed to?  A huge spike in pornographic movie purchases.

It’s time to stop pretending that Christians don’t struggle with sexual sin.  It’s easy to see the news and assume that only the most powerful politicians or famous celebrities run the risk of acting out their fantasies in dangerous and destructive ways.  But surely “real” people don’t act that way!  Especially not “real Christians,” right?

Wrong.  My life coaching practice has been comprised almost exclusively of Christian women and men who appear very “normal” on the outside.  However, as they’ve given me glimpses into what’s going on with them on the inside, it’s been heartbreaking to see how their sexual fantasies have led them down some very painful paths, often because they chose to act them out.

Did you miss a part of the series? You can find them here!