The Gift Eve Gave Away- Part 1 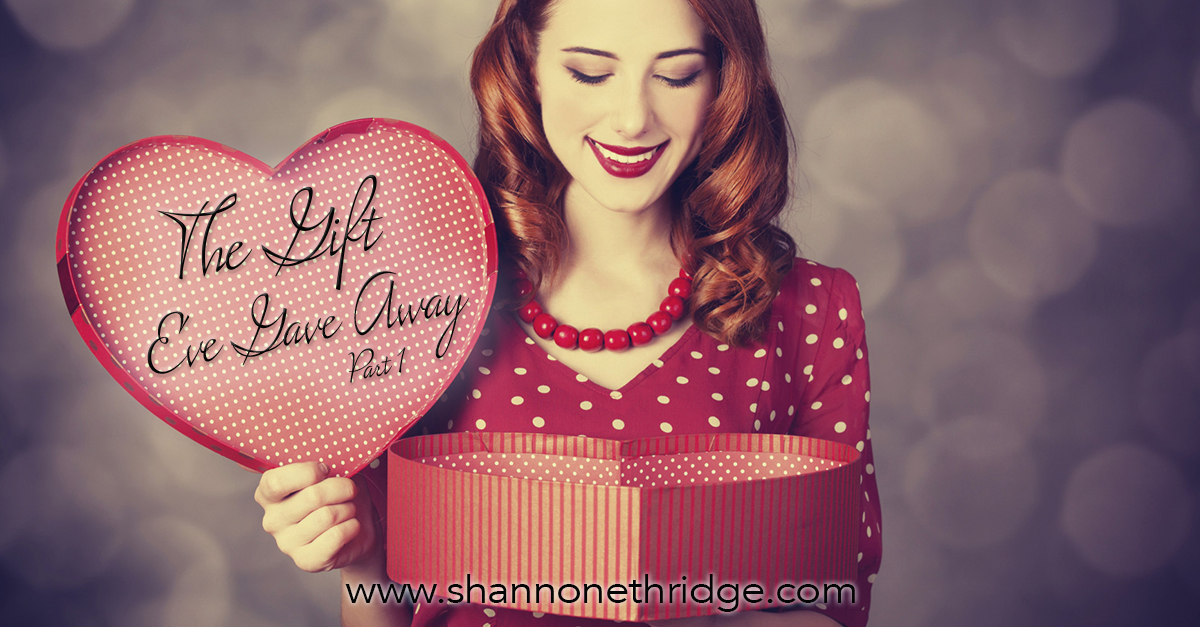 In the first chapter of Genesis, we see that God created man and woman in His image and placed them in the Garden of Eden with the intention of having them rule and reign over everything. To visualize this picture, imagine God giving Adam and Eve a beautifully wrapped gift box. Inside is a gift called authority. God gave this gift of authority to Adam and Eve, intending them to act wisely as stewards over all creation.

But the crafty serpent, perhaps knowing that the woman is enticed by what she hears, hissed in Eve’s ear something about how she could have the power of God’s wisdom if she took a bite of the forbidden fruit. Because Eve had been given authority to rule and reign over this creature, not the other way around, her response should have been to shut him up and send him packing when he tried to tempt her into disobeying God. But mesmerized by the enticement of power, Eve sank her teeth into the forbidden fruit, making the most bitter mistake of her life, a mistake which resulted in her being the one to have to pack up and leave paradise forever. Her sin was rebellion against her Creator, but the underlying tragedy was that she gave away her gift of authority to the crafty serpent.

Once sin entered into the hearts of humans, they no longer possessed the authority to rule and reign in the world. They gave that gift to Satan when they rebelled against God. That is when Satan became the ruler of this world, simply because humanity gave him the authority.

Previously Adam and Eve had been at perfect peace in their relationship with God and with each other, but the transfer of this gift from their hands into Satan’s brought all that to an end. They once felt acceptance but now felt rejection. Their sense of belonging turned to loneliness and their feelings of competence gave way to feelings of inadequacy. Their sense of identity turned to confusion and their security faded into anxiety. Whereas they once felt significance, they now felt worthlessness. Their perfect relationship with God dwindled into a spiritual void.

…God’s sovereign justice required consequences for humanity’s deliberate disobedience. First, God cursed the serpent and promised that the woman’s offspring would crush his head (a promise that was fulfilled with Christ’s victory over Satan). Then God promised to increase Eve’s pains in childbearing and said, “Your desire will be for your husband, and he will rule over you” (verse 16). Then He punished Adam by cursing the ground and requiring that man work diligently to make the earth produce food (verses 17-19).

Why would Scripture use these two phrases in the same sentence? Could they perhaps be connected? I think they are. I believe a woman’s desire and the issue of rulership or power are related in a way that unwraps some of the mystery behind a woman’s sexual conduct (or misconduct, rather). I believe that the desire for power (and the belief that men possess the power women crave) is what causes many women to seduce men, as well as what prompts some to use sex as a bargaining tool in their marriage. It’s not as much sex or love that these women are in pursuit of as it is the power behind bringing a man to his knees with her charms.