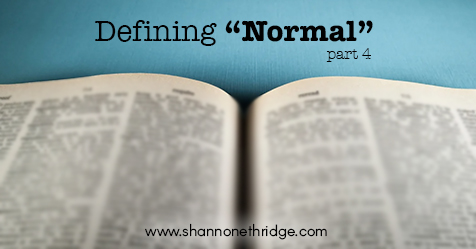 Of course, men aren’t the only ones who have sexual issues that cause us to wonder, Is that normal?  Women can be just as quirky in the bedroom, so let’s explore a few “pink things” that women may wrestle with…
Pink Thing #1:  Is it normal for women to want to have sex all the time?
It’s a complete stereotype to say that it’s the man who always wants sex.  Many women boldly admit that they possess quite a strong sex drive, even stronger than their husbands’ at times.  Is this normal?  Absolutely.  And there are several possible explanations.  The most obvious explanation is that you may be going through what’s commonly referred to as your “sexual peak.” Supposedly, men experience their sexual prime in their late teens and early twenties.  Women, however, usually experience the most sexual desire in their late thirties and forties.
There may also be a significant mental, emotional, or spiritual component at work here as well.  Perhaps you just have a great understanding of the beauty, appropriateness, and necessity of sexual intimacy in marriage.  You value sex.  You celebrate your sexuality.  You’re naturally a sexually confident wife.  Hopefully your husband values that in you and celebrates it with you.
If not, and you find yourself wanting sex much more often than he does, it can be confusing and bewildering to a woman.  Remember that he may not be a naturally high-testosterone producing person, whereas you may be.  Also, he may not have had the same positive messages about sexuality instilled in him.  Imagine if the tables were turned, and he was far more interested in sex than you.  How would you want him to handle the situation?  What would be the most effective way he could approach you and encourage you to meet him somewhere in the middle such that you are both fulfilled?  Take that same stance with him. Gently, respectfully, and lovingly encouraging him to open himself to you so that you can freely enjoy sexual intimacy together without one feeling put upon or taken advantage of by the other.