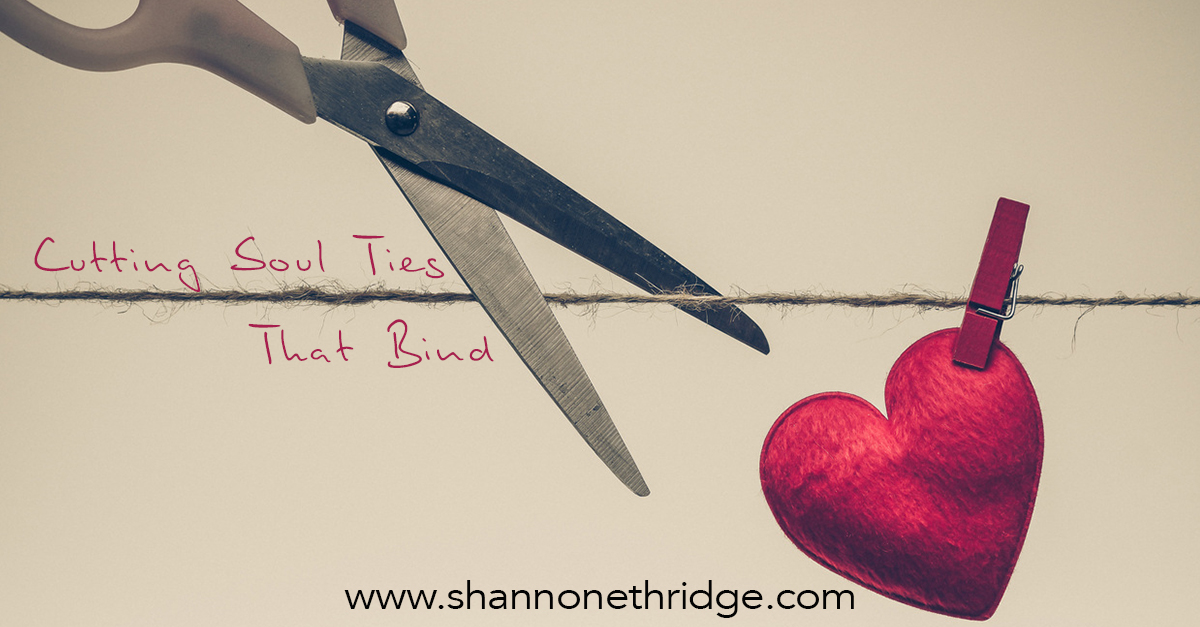 We all have our own life lessons that our soul longs to teach us, but mine is this:  There is a very fine line between spirituality and sexuality, and my hunger for a father-figure is really a hunger to be divinely led by a Higher Power.  In my ignorance of this important lesson, my craving for a deep, soul-to-soul connection with another being is what’s led me down many sexually inappropriate roads.  But I learned that I don’t need a middle-man to get in touch with my spirituality, especially not one that’s going to lust after my body.  I can approach my Higher Power directly and experience spiritual intimacy on my own.
…Other women tell me about their soul ties, too, or about the scarlet letter they still wear as a way of punishing themselves for what they’ve done.  For example,

* After her ten-year high school reunion, Charlotte began regularly interacting with an old boyfriend who’d taken her to prom.  Feeling as if her husband was no longer sexually desirous of her, she got her ego stroked from her old boyfriend’s reminiscing about how beautiful she looked in her prom dress and how much fun they had fooling around in the back seat of his car their senior year.  “He says I’m still as sexy as ever,” Charlotte gushed, unaware that she’s not tiptoeing through the tulips here.  She’s treading on thin ice.

* Tammy, who had two abortions and multiple partners prior to marriage, once wrote a confession and tucked it into her journal, which was eventually stored in the attic.  Her husband of eighteen months came across it, and because this was all shocking news to him, he began doing more research into her past.  He hired someone to pull up all of her old emails and cell phone calls and found more dirt than he expected.  Even though her inappropriate behavior had ceased prior to their dating, her husband feels very threatened by these revelations.  He’s become verbally and emotionally abusive and frequently accuses her of fantasizing about old lovers when they are having sex.  Unfortunately, Tammy feels she deserves such treatment.  She says, “This is just my lot in life.  Men will never appreciate me for who I am after all that I’ve done.”
Rather than looking at the life lessons their souls are trying to teach them, these women are doing what so many women do – they are hiding behind a mask rather than getting real with themselves and their husbands… sticking their heads in the sand as to what their actions and feelings could be trying to reveal… sweeping all of their sexual and emotional fears and insecurities under a rug… missing out on genuine marital intimacy and surrendering their sexual self-confidence without a fight.
Have you fallen into this pattern?  Perhaps considering these questions can help you discern whether or not this is so:
* Have you resigned yourself to the idea that relational discord and unfulfilled longings are simply your lot in life?
* Do you view yourself through the tainted lens of premarital or extramarital sexual misconduct?
* Do you feel you must keep your sexual activities and feelings a secret so that you will not be judged or rejected?
* Are there men whose phone numbers or email addresses you still have memorized because of your excessive use of them in the past?
* Are there items, photographs, or letters that you hold onto as a reminder of a past premarital or extramarital sexual relationship?
* Do you go out of your way to stroll down the memory lane that you’ve created with a man other than your husband?

If you answered positively to any of these questions, it may be time for you to get the scarlet letter off of your sweater and cut the soul ties that are binding you from becoming a sexually confident wife!